We made a spontaneous decision to drive to Assateague Island for a short road trip. Spring break was almost over, and we weren’t really able to do anything outdoorsy. The trip sounded like a great idea.

It was also Good Friday. That lay heavy on my mind. Leeland on the radio led the hubby and I in worship while Josiah–our 12-year-old, snored in the backseat and Elijah–our eight-year-old, stared out the window with excitement. I was grateful for the quiet hour of reflection before the sun rose.

The day was getting brighter, and both boys were awake and chattering about what they wanted to do. I was enjoying the drive—past Annapolis, over the Bay Bridge and through farmlands like these…

Soon enough, we crossed over on to Assateague Island. It wasn’t even 8.00 am yet. But we were ready to explore.

We hit the beach first, the boys still hoping they could go in the water. As soon as we opened the car doors, their faces fell. It was somewhere around 50° Farenheit and way too cold. Nearing the shore, the wind chill factor almost made us go back to the car. Polo, our Italian greyhound, was shivering visibly. 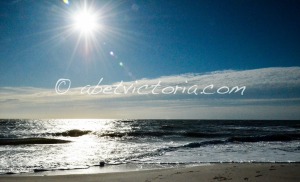 The boys’ disappointment didn’t last long. Soon they found other things to do: playing tag, taking funny pictures of Daddy and Mommy and drawing in the sand. They even wrote messages to family back in the Philippines…

Then it was time to check out the wildlife. Pretty exciting, especially for me. 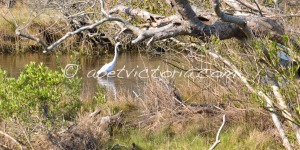 We saw several bird species, crabs crawling in the marsh, and silvery fish skirting through the waves. And of course, horses. We saw painted ones from far away.

We came back to the island after brunch and some playtime on the Ocean City boardwalk. I really wanted close ups of the famed wild horses. So we took off, with the boys dragging their feet since all they wanted was to go back to the beach. 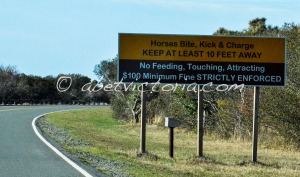 Where were the horses? We failed at finding any while walking, so we got back in the car to drive further into the park. After some time, we finally found a couple. And stumbled into a situation that was both hilarious and challenging.

We stopped to watch the animals. Within a few seconds, one of the horses mounted the other. And suddenly it was Discovery Channel happening right before our eyes.

The hubby and I looked at each other in dismay. Then we burst out laughing.

Poor innocent Elijah was confused, “Why are you all laughing?”

“They’re mating,” his Kuya (big brother) pointed out with a grin.

It didn’t help, “But why is horsey-love funny?”

Poor boy, we only laughed harder.

It took only about a minute. Then the two went back to grazing. And Elijah, for all his ignorance, delivered the best line of the moment, “That’s it? You call that love? I don’t!”

And Josiah cracked up even more.

So ten minutes later, we were at a tidal marsh. The hubby and Elijah were watching a kitesurfer while Josiah and I stood nearby, still laughing over what happened. Josiah, typical preteen that he is, said he couldn’t wait to tell his friends about what happened.

I was asking him what exactly was he going to say when we heard the hubby announce,  “I know what I want for my next birthday!”

A puzzled then knowing grin broke on Josiah’s face, “You want horsey-love, Daddy?” He glanced at me and snickered again.

At his big brother’s words, Elijah turned to his Dad, “I can give you horsey-love now, Daddy!” He proceeded to jump on his father’s back and hugged him tight.

His youngest son looked even more confused. Back in the car, he asked, “Why do you all keep laughing? What’s wrong with horsey-love? What’s so funny?”

His flustered father gave up, “Elijah, you and I are going on a man-date. And we’ll have a talk. The same talk your Kuya and I had. Until then, stop asking about it, okay?”

The following day, the boy asked when the man-date was going to happen. His father neatly sidestepped his son’s question. I understand how he feels—we’re both not ready to have our baby boy discover where babies come from.

But one day soon we know they’ll have that talk. But until then, “horsey-love” is just two horses hugging each other. Because according to my Elijah, that’s how horses show their love.

We had a great day at Assateague. You know how I know? Because my hard-to-please-pretending-to-be-too-cool-for-you-Josiah said it was.

This work is licensed under a Creative Commons License.